I have been a professional filmmaker now for nearly a decade and I can honestly say it has been one of the most eye opening experiences of my life.

I have been interested in moving images since I was young. I would always be in charge of the camera at family gatherings and this interest lead me to join local filmmaking clubs and to study filmmaking after leaving school.

I studied Film Production Technology at Staffordshire University, achieving a 1st class honours and coming first place in the film category at the annual graduate exhibition. Whilst at university I focused my learning on camera language and lighting of filmmaking. You can read more about my education here.

Since graduating from university in 2012, I have worked as a director of photography and lighting cameraman on three feature films as well as several short films and music videos. I have also worked at various video production companies as a video producer in the South of England and the West Midlands. My responsibilities included camera operation, lighting setup, green screen video production, video editing, colour grading and producing/production management.

I have been a professional filmmaker now for 8 years and  in that time the work has taken me all over Europe and through a rapid change in digital technology and media formats. It’s been a very exciting time to be in the industry. My work as a professional filmmaker varies massively from small corporate video shoots to large scale high end commercials but whatever I’m shooting it still receives my undivided creative attention.

The industry I work in relies heavily on technology and if there is a new camera or piece of grip equipment available, I take steps to try it out. It makes sense if that new piece of kit could add an extra layer to creative storytelling or improve your editing workflow. I like to be prepared, and have found that in order to truly excel at your craft you must fully understand the technology behind it. I therefore continue to learn the science of filmmaking and stay up to date with the industry. I blog about what I have learned and you can view these here. 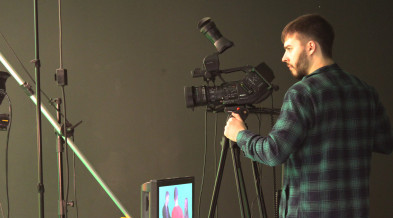 I am currently a freelance professional filmmaker based in the West Midlands and London focusing on camera operation, cinematography, directing, editing, colour grading and video producing. I have a wide range of knowledge and experience in commercial web videos right through to feature length narrative films. I have also produced a number of music videos and short films, most of which can be seen in my showreels and here.

My goal is to work my way through related production roles and gain the necessary knowledge and experience to eventually become a director of photography for feature films and high end television. I aspire to do great things with my camera skills.

Working in the filmmaking, TV and commercial video industries has been a very fun and rewarding journey for me. They are all dependent on creative storytelling, whilst relying on a high level of innovation. Being in the filmmaking industry and working alongside like minded people is what gets me up in the morning.

I am extremely passionate about the collaboration and hard work that goes into filmmaking, from the first draft of a script to the films screening at the premiere. There is an enormous amount of gratification when a film you have been planning and shooting for months finally comes together in the final edit and the audience are enjoying themselves because of you and your hard work. 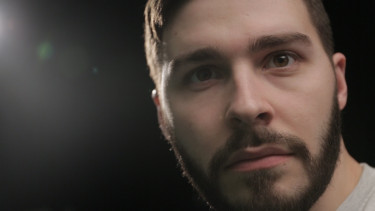